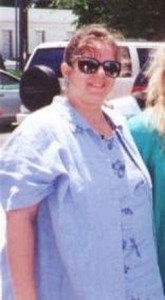 About six years ago, I was in poor health. I smoked about a pack of cigarettes a day, was overweight, suffered from severe headaches, panic attacks and had asthma and allergies. I was too tired to enjoy life. One day, I was at my children’s elementary school hoe down, and I ran into a woman who had been my 7th grade French teacher. She asked me why I wasn’t dancing. I told her I couldn’t because I would get out of breath too easily. This was a scary thing for me. She told me that she could help me with it if I was ever interested.

It took me a long while to call her. When I finally did, she made an appointment to meet with me. She is a Shaklee representative. We talked for a long time about nutrition. She gave me lots of audiocassettes to listen to. They were about our environment, the sad state of the American diet and the dwindling vitamins available in our foods because of poor farming techniques. I started on the vitamins, which are touted to be the closest to nature because they are not heated when processed. I also quit smoking. This solved my asthma and allergy issues.

The audiocassettes helped motivate me to read a book by Marilu Henner called Total Health Makeover. There were two things about this book that were the most life changing for me. One was the change in diet from processed, store bought food and the other was your state of mind. She mentioned the Fit for Life books by Harvey Diamond. I promptly read those two books and started using their recipes. I also decided to become a vegetarian. I never really liked meat that much anyway.

Fit for Life recommends eating a lot of natural, uncooked or minimally cooked food. My husband was trying to enjoy it, but my kids were very resistant to eating this way. I was slaving away all the time trying to cook these delicious meals and make the salads, only to find out that my children were throwing their lunches away and just not eating. I used this as an excuse to go back to my old habits. I liked drinking coca cola and eating chocolate. I did remain vegetarian.

Somewhere in the mix, I also found David Wolfe’s book Sunfood Diet Success System at Barnes and Noble. I read it, but wasn’t ready for that drastic of a change. It did get the wheels in motion. Eventually, we started going to a metaphysical church where we met a wonderful man who became a very good friend of ours. He was helping us develop spiritually. He had mentioned something about a lemonade fast. I thought about that on and off for a while. Finally, I decided to try this thing after finding it on the internet. I fasted for about 20 days or so, and felt better than I had in a very long time. I also felt more connected to myself and everything around me.

I was watching t.v. one day, as I liked to do while I was working, and there was a show that had a man named Juliano on it. He was tan, thin and very vibrant. He had written a book called RAW: The Uncookbook. He was bouncing around talking about this raw food thing. He made it seem so wonderful. He said he had lots of energy and didn’t require much sleep. All I could think was, “I want that.” I promptly went out and bought his wonderful book. I bought all the ingredients he recommended and ordered a juicer and a dehydrator. All the recipes looked so tasty, but they were intimidating. I tried making a few things. They were tasty, but some things were big flops. Nobody in my family wanted to try this “crazy” food plan, not even my husband. He figured it was just a phase I was going through. Once again, I used my family as an excuse to go back to my old habits.

Once I went back to my old habits, I started getting a lump in my throat when I would eat, and severe pain flowing down my back sometimes. Heartburn became a regular, daily annoyance. I was also gaining more weight. I made myself feel a little better for a while by buying pretty clothes at Lane Bryant, and I had decided I could be fat and happy.

However, the time of truth for me was when I went on vacation with my husband. I could hardly walk around without getting out of breath; I was so out of shape. My knees hurt very badly when going up and down stairs or hills. The heartburn got so bad, I was in tears and very afraid that the lump in my throat was going to choke me. This was my turning point.

I decided I had to do something, and popping pills was not the answer. I decided to try a 40-day fast with the lemonade diet. Now, this lemonade is made with 10 oz of distilled water, 2 tablespoons of lemon juice (fresh squeezed and organic), 1 tablespoon of organic, grade B maple syrup and a dash of cayenne pepper. I would sometimes use key limes from my Mom’s tree. One is supposed to drink 6 to 12 glasses of this stuff a day. I was lucky if I could get 3 down a day. By the end, I was only drinking one glass a day and mostly water. I made it 33 days and reduced about 40 pounds before I decided it was time for food.

I had forewarned my family that I was going to do raw food, because I knew in my whole being this was the right way to eat. It is one of those things that you just know. I told them they could eat what they wanted, but I was not cooking anymore. After fasting for so long, every salad I ate was the “best salad I ever had.”

I had two friends who had also decided to try raw. I found that this helped me in two ways. The first thing was knowing I was not totally alone in this. The second was that they tried some of Juliano’s recipes. This made me realize that I could make the food, too. After much experimenting, we found that Juliano’s recipes were delicious, but he had one flaw, the ingredient ratios were not accurate. From what I understand, he just threw things together. He had to estimate measurements for his book. I learned not to measure anything. This saves lots of time. Also, I adjust ingredients to allow for consistency and flavor.

The other thing that I have consistently done is read books about this way of life. There are lots of them. This helps to keep me on track. I found people to talk to about it. The beauty of this way of life (I do not consider it a diet), is that I eat whatever I want without measuring or weighing. I do not have to deny myself anything. I can eat dessert all day if I want. What has developed from this way of eating is that I find that I desire the gourmet recipes less and less, and am satisfied with eating very simply and need very little quantity.

I have reduced my weight by 110 pounds since I started the fast this past August. I no longer suffer from the headaches that had become so common and debilitating to me. My knees are feeling better. I no longer wake up in the middle of the night in a panic wanting to leave my house. I feel better about myself and my life.

I started a monthly raw food potluck, which has been a very positive event. I promote this way of life, offer support to others and get to sample so many new recipes. It is a wonderful way for people who are interested in eating live, natural foods to find out about it and learn that it is easy to do. They learn that they can eat delicious meals. No sacrifices have to be made. Also, there is such a vibrancy that can be seen in those that eat this way that is missing elsewhere.

Why is it when a person offers a remedy, we are so quick to run the other way? I think that one of the things I had to recognize was that I did want to get better. Whether a person wants to admit it or not, there is an emotional tie to illnesses and weight issues which causes them to hang on to them. There has to be a point where this can be admitted and the pay off has to be revealed. For me, the asthma was a way of getting attention. In a chakra class, I realized that the food issues I had stemmed from the fact that I was forced to eat when I wasn’t hungry, not to mention a lot of things I did not like when I was a child.

To recap, I suggest getting educated by reading and/or talking to people who have “been there and done that”. Fasting, especially for people with severe illnesses is a must. It would not necessarily have to be the fast I tried (the maple syrup is not raw). I suggest a book called Fast Your Way to Health by Lee Bueno-Aguer. Transition from cooked to raw if you have to. The Fit for Life is a great way to start. However, after a fast, totally raw is really the way to go. To go raw, my recommendation is to read Victoria Boutenko’s book, 12 Steps to Raw Foods: How to End Your Addiction to Cooked Food. Also, a very good, practical and informational book is one by Rhio called Hooked on Raw. She has all the how to’s and very easy, tasty recipes. And lastly, find support for yourself whether it be a family member, friend or group like my potluck. There is also a raw food website that is very supportive at www.living-foods.com

This site uses Akismet to reduce spam. Learn how your comment data is processed.